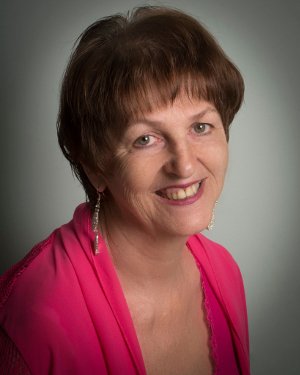 A native of Bathurst, I am a self-taught artist who attended several painting workshops to acquire more knowledge.

In love with shapes and color since childhood, I discovered painting in 1991. Since then, I developed my technique by observing nature and spending lots of time in my studio. In 1993, I began coaching introductory oil painting sessions. Dedicating most of my time to painting, I opened the Simonne Henry Painting School in 1997. At the same time, producing many original paintings and exhibiting as a solo artist and with many groups. I was awarded a certificate of merit during the Restigouche River Festival in 1998. From 2002 to 2012, I was the owner of the Red Gable Gallery.

I have painted more than 1300 works. Some can be found in the United States. Europe, Asia, and in most of the Canadian provinces. I prefer to paint landscapes, flowers, portraits, and abstracts. I paint for the pleasure of a finished work. It has been said of me that "her sensibility and gentleness bring us to pause and take time to live".