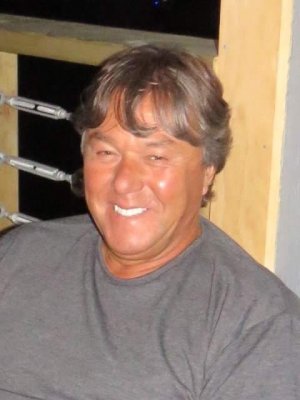 Born in a small village on the Acadian Peninsula, on Lamèque Island, Réjean was the last of a family of 7 children, which left him a lot of time to fill and interests to discover. From a very young age, Réjean had a talent for drawing. He accurately reproduced trucks, boats, houses and everything around him. He was driven by a passion and had high hopes in his drawings. In early years he participated in various contests where it was said that his drawings were copied and he was disqualified. Little by little, Réjean left his pencils behind to enjoy the coast, the sea and sports.
Despite his great shyness, he was noticed. One of his teachers tried to assure his future by sending him to university to study architecture because he saw such remarkable talent. Unable to take on all that this represented, he decided to become an offshore fisherman for a few years, then travelled to Ottawa and became a psychotherapist, hypnotist, meditation teacher and fasting initiator.
More than 40 years later, now that life is calmer and everything is in place to permit exploring the arts, Réjean decided three years ago to bring out the pencils. Drawing for an artist in his life, he began to sketch and paint his own canvases. There is a precision, a luminosity, a talent in its raw state that emerges from his works. He is self-taught by nature, a very keen observer, a manual, a person who tries until he understands how to proceed and then excels.
It is a certainty that he will make his entry into the world of artists and he has made a strong start with his new paintings. Having had various exhibitions in 2016 and 2017, having been selected as part of the Canada 150 project of the NBEN, he plans to continue the year 2019-2020 by carrying out new experiments in and out of province. For the year 2019, Réjean has refined his technique and created different formats with different colours in order to make a new turn with his works. He would like to participate in new symposiums and join an art gallery.