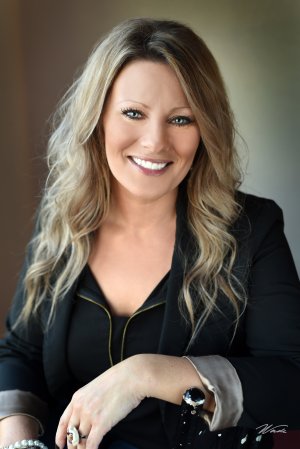 Born in Saint-Quentin, N.B. and now living in Caraquet, N.B. Melanie loves to create. She is passionate about everything that comes from the imagination, the manipulation of materials or words. She loves to explore various parts of the art, to deepen her artistic approach, to discover new materials by exploiting them or to analyze feeling and then define what it expresses and the message it conveys.

It is in this state of mind that time, space, worries become nonexistent and she can devote herself 100%, to the creation of her art.

Mélanie holds a Bachelor's degree in French Studies and Secondary Education as well as a Master's degree in Educational Administration. She has been painting for more than eight years. She took a variety of courses in her early days to familiarize herself with the tools, concepts, and basics, and then discovered how rewarding it can be to reflect her own feelings and to dare. For six years, she has painted flowers using modeling paste and acrylic. From year to year, the subject remains the same, but the techniques are refined and she explores different dimensions. The last three years were also marked by the use of the spatula, a technique that now represents 75% of her art with flowers and boats.

"My two main topics are flowers and the sea. Flowers are the symbol of springtime rebirth, the authenticity and the kind of genetic coding that they are permeated with, that allow them to be fully and to embody beauty in various forms. The boats, meanwhile, are the symbol of freedom, a representation of going to meet oneself and the other. They broach an idea of overtaking, of discovery and the feeling of accomplishment when the port appears. It's the movement, the opportunity to see the world and the potential to let go by leaving the mainland. "

Wanting to exploit all aspects of art, Mélanie created Aquamel in 2013, a company that, since 2017, bears the name of Mélanie Gagnon Artiste. In her early days, Mélanie made watercolors, a medium that gave way, in the last six years, to acrylic. Gradually, her artistic career is built and the creation of works that have been delivered in various provinces of Canada, stimulates her.

In November 2014, she set up the Méraki Art Gallery at the Terre des Jeunes School in Paquetville, N.B. This space is a stimulating background for children, educators and the community. Each year, the gallery brings together the works of more than thirty different artists of all styles from across New Brunswick. It is always a great privilege to work in an area as challenging and diverse as art.

In 2017, she founded the company Mélanie Gagnon, Editing and Writing, in order to satisfy her literary need, her desire to give thanks to the French language by mixing the art of words with her language skills.


In 2018, its goal was to make a place in out-of-province art galleries. She made her entrance in May 2018 at the art gallery Le Hang'ART Saint-Denis in Montreal