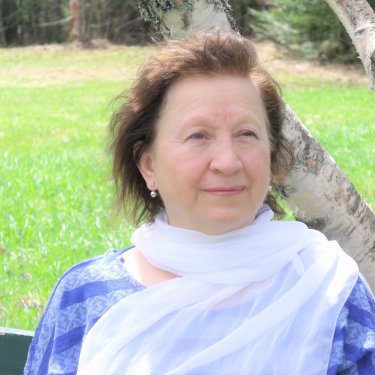 Kathleen Gallant was born in St-Arthur, NB. Art has always been a part of her life. The artist has taken part in a number of drawing, painting, and sculpting classes and workshops over the years. As an autodidact, she learned and developed her own techniques by doing research and rubbing shoulders with a variety of artists.

Kathleen participated in several Génie-Art and school-related projects. She is a member of the Restigouche Gallery, exhibits her work on a regular basis in group shows. She has had two solo exhibitions at this Gallery; one in 2002 and another in 2011.

She participated in a project in 2010 where she executed works based on the biodiversity at the Jacquet River Gorge. Four of these are now part of the Museum of New Brunswick's Biota Collection.

Her paintings are found in homes in Canada, the United States. France and several other European countries. Her works can be purchased from the artist herself, and also at the Restigouche Gallery.