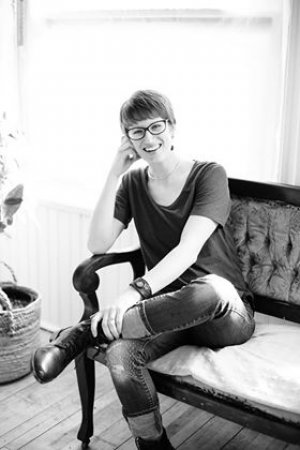 Marie-Hélène Morell is the founder of CreatedHere, a website, directory and print magazine all about local creatives, from those who make art and fine craft to photography and dance.

The idea for CreatedHere came to her late one night after going to a craft fair in Fredericton in November, 2013. “I had reconnected with an old friend who is now a glass artist, and I really enjoyed talking to him about how he got to where he was. It occurred to me that I wouldn’t know his story if I hadn’t happened to be at that craft fair.”
The Pond-Deshpande Centre awarded her funding early on to get the website off the ground. She took part in the founding cohort of the ArtsLinkNB Catapult Arts+Culture Accelerator program where she learned about launching a creative business.
Out of the accelerator came the pilot issue of CreatedHere magazine, and the website launched in 2014.