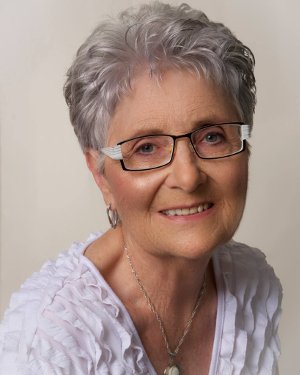 Madeleine is originally from Quebec, but has been a resident of Dalhousie, NB since 1960. Visual arts have always had an important place in her life. At 12 years old, Madeleine was painting under the attentive eyes of her mother, an artist painter.

Nature, its beauty, and people are a great source of inspiration and creativity for Madeleine, even in abstract painting.

In 1974, Madeleine decided to further her artistic knowledge through workshops with various mediums, given by professors and master painters such as Zoltan Szabo, Robert Percival, Jacques Hebert, Paulette Foulem, and many others. Lorraine Eadie Higgs introduced her to watercolour, one of her favourite mediums.

Madeleine's curiosity leads her to new painting experiences and techniques. She loves to share her knowledge with her friends.

Her artworks can be seen in many provinces in our country and also outside Canada.