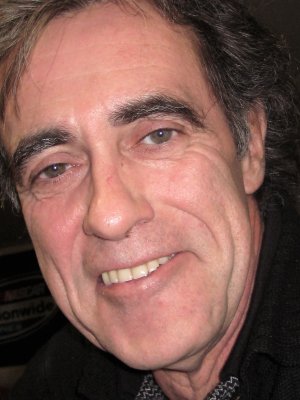 Luc Charette was born in Edmundston in 1952. He received a B.A. in 1976 and a B.Ed. in 1978 from l’Université de Moncton. He holds a certificate in photography from the School of Modern Photography in Montreal, and a certificate in information technology from UdeM. He studied visual arts at l’Université du Quebec at Montreal and completed his bachelor’s degree at UdeM in 1985, followed by a master’s degree (distinction) in media arts from Ecole des arts visuels at l’Université Laval in 2003.

His first professional exhibition was presented at the Gallerie Colline in Edmundston in 1972. He has received multiple grants from ArtsNB and the Canada Council for the Arts. Since 1980, he has had over 40 solo exhibitions and performances, and over 60 group exhibitions. Among the honors he has received are Les Eloizes artist of the year in visual arts for 2004 and 2014, winner of the competition to create the Honourable Louis J. Robichaud commemorative monument in 2006, finalist in the Beaverbrook Gallery sculpture garden competition and for the Strathbutler prize in 2009, and selection to create an architectural work for the Place Resurgo atrium in 2014.

From 1988 to 2009, he served as director/curator of the Louise and Reuben Cohen Gallery at UdeM, from 1991-93 as a visual arts representative at ArtsNB and president of the AAAPNB, and executive director of ArtsNB from 2009-2010.

Since 2010 he has devoted his efforts to creation, principally of contemporary paintings. His most recent solo exhibition ‘Dichotomie’ was presented at the Dieppe Centre for arts and culture in 2015.