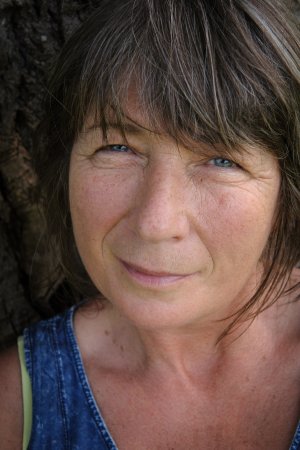 Raymonde Fortin lives in the Moncton area where she has been conducting an active visual arts practice since 2004. She has given about 15 solo shows and participated in over 30 group shows and events in NB, Quebec, and Ontario. Some of the honours she has won include Les Eloizes visual artist of the year in 2008, the BMO First Art award for NB in 2007, the Prix de la Francophonie at FAVA and the Max1 from the Galerie Heron in Shediac in 2005.

Originally from Quebec, Raymonde started her post-secondary education with a diploma in graphic arts, followed by a bachelor’s degree in visual arts from l'Université de Moncton (honours), then by studies in artistic practice at l'Université du Quebec at Rimouski. She has received several grants from ArtsNB during her career.

When painting, Raymonde favours spontaneity of gesture and improvisation throughout the creation of a piece. She uses her mediums and colours in multiple transparent washes to create the impression of internal light and visual space in the composition. This luminosity transcends the textures and shapes of the painting and is critical to the artist. Over the years, it has become a distinctive characteristic of her work.

She observes, feels, engages, and tries to show via her paintings her situation in and relationship to her environment. This approach, she believes, helps her achieve a deeper understanding of existence.