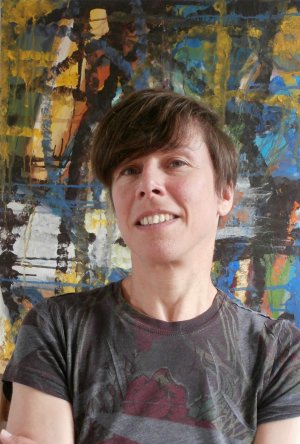 Sylvie Pilotte, originally from Quebec, is an artist who works with paint and collage. In recent years, she has been living in New Brunswick. One of her main artistic influences comes from graphic arts, which she studied in Montreal.

Committed artist, Sylvie uses the technique of collage to express herself on social and environmental issues which concern or touch her. She is a member of the Association acadienne des artistes professionnels du Nouveau-Brunswick (AAAPNB).

In addition to taking part, for the second consecutive year, in the Bay of Chaleur Drawing and Painting Symposium, she participated in the 20th edition of the Festival d'arts visuels en Atlantique (FAVA) that was held in Caraquet, N.B. earlier this year (2016).