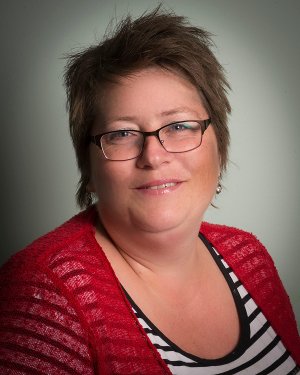 Carolle LeBlanc is a native of Balmoral (N.-B.). Self-taught artist, she painted with acrylics for a few years in her spare time, until 2011, when she discoverd oils and the palette knife. She immediately adopted this dynamic, gestural technique. Again in an autodidactic learning process, she became skilled at manipulating this tool with ease, spontaneity, and dynamism. Some would say that her paintings are colourful, energetic confetti. The emotion between her subjects is often palpable in her paintings.

Carolle is a member of the Academie Internationale des Beaux-Arts du Quebec since 2014, where she has won, in the "artiste en devenir" category, several public votes for the years 2014-2015. She is a member of the organizational committee and a member of the Board of Directors of the Bay of Chaleur Symposium. She has been taking drawing classes with Art Central in Campbellton, NB since 2014. Carolle did a few exhibitions (solo and in group) in the Northern part of New Brunswick. Several of her paintings have been sold in the Atlantic Provinces.