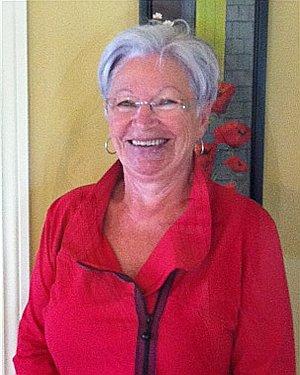 A native of St. Alphonse in the Gaspe, Agathe developed a taste for painting about twenty years ago. A teacher, she was close to retirement when the experience of taking art courses made her realize that she found painting very relaxing, and she soon developed a passion for it. Her principal sources of inspiration are pastoral scenes, and she also enjoys painting still lifes. Her paintings are characterized by attention to detail, and earth colours predominate. Agathe has participated in many shows in both Gaspe and New Brunswick

Her main wish is for everyone to find much pleasure in her paintings, which, she believes, are filled with color and light.